I participated in ‘TAIPEI GAME SHOW‘ which was held in Taipei, Taiwan in the end of last month (January 24 – 28).

We have exhibited ‘Gotcha! AR’ which is developed together with Singaporean designer as Lam 7. In addition, I also exhibited ‘Merlion Adventure 2 AR’ I made as Lab 7. Both are games with AR functions. Regarding these games, we got a lot of opinions and ideas from game industry people and users in Taiwan.
This time, I will introduce about this game show.

It’s an event for B2B. Many people related game industry were coming.

Many people such as Medias, Publishers, Investors, Localize companies and Game developers, Designers came there. People who are exhibiting also often came to see each other.

The detail schedule is as follows.

The each booth in the Indie area has the following space. I will show some photos of the exhibition later, I think you can more imagine the booth. 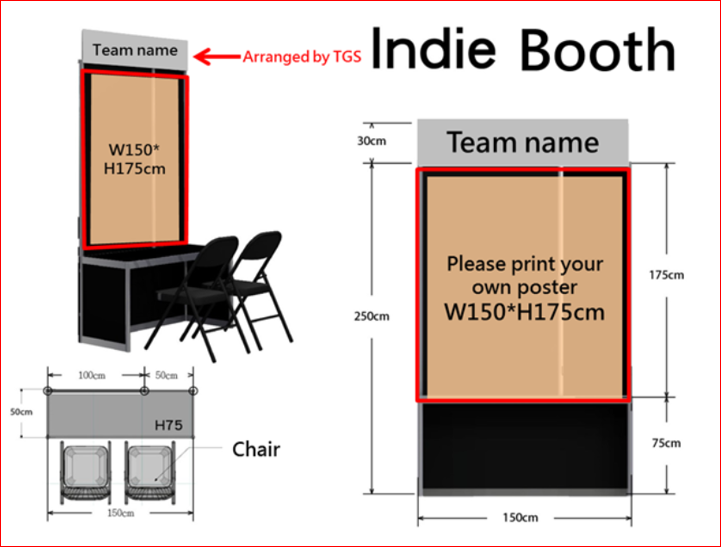 The exhibition place was clustered by the country’s area. Companies and teams coming from Singapore were 10 groups. I was surprised that there were some participants from America and Europe too. 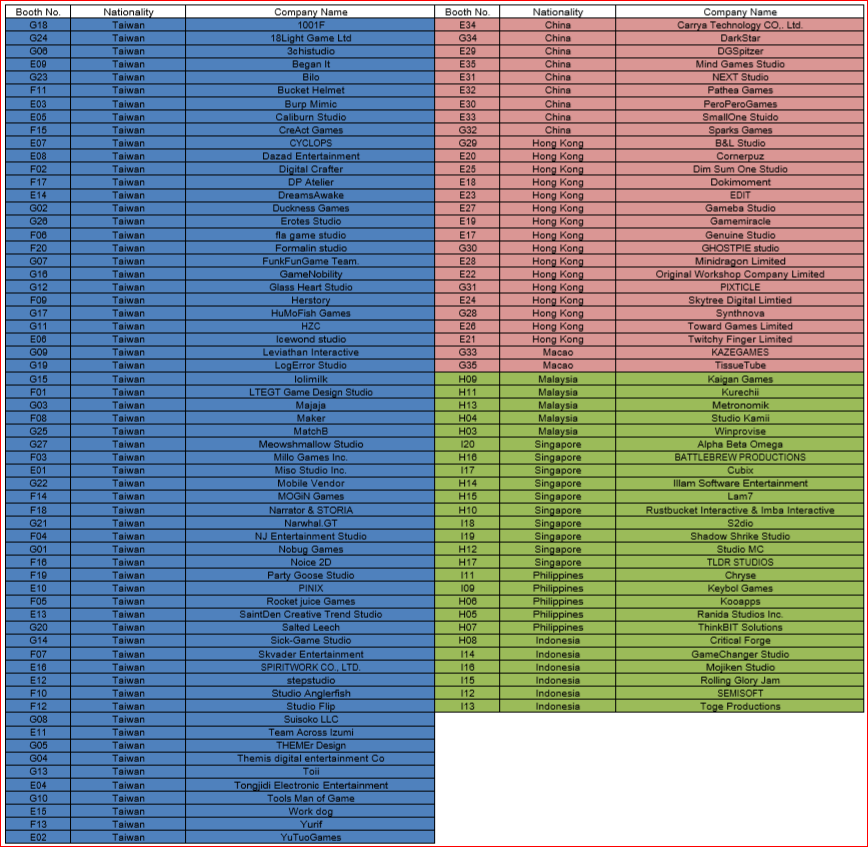 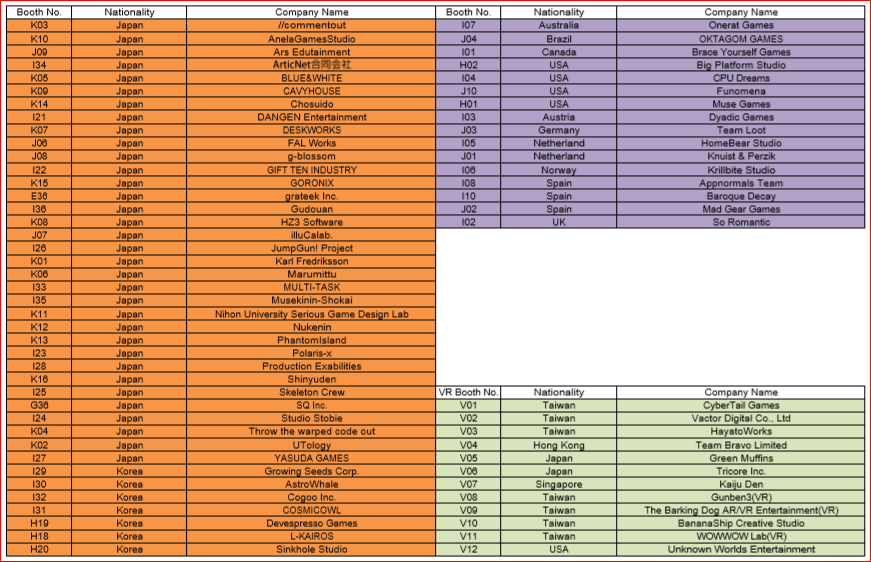 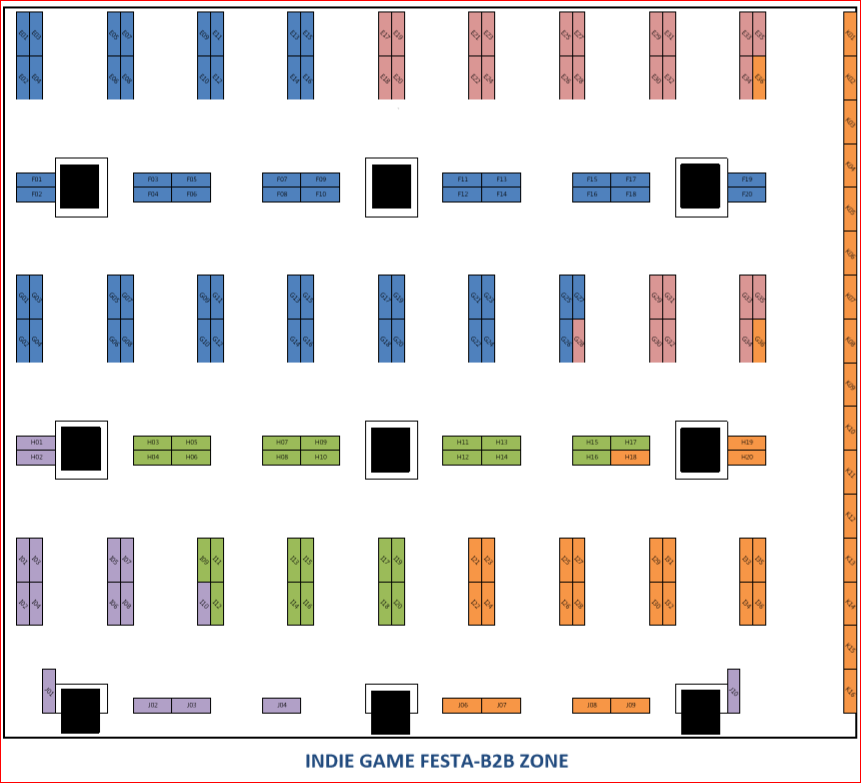 It’s an event for B2C. Many Taiwanese game users were coming.

26th and 27th were weekend, and 28th was on Monday. However it was holiday for Taiwanese schools on 28th, so many young people and families came to see for the 3 days. Many people related game industry also came on those days.
It was impressive that there were so many people like Youtuber who are recording by their selves.

Detail schedule is as follows.

The each booth in the Indie area is the same as “INDIE GAME FESTA”. Please see the illustration above.

The following companies had participated. As Taiwanese people are locals, many companies continue to participate in B2C after B2B. However, many companies from other areas did not stay in B2C, because they’re pretty tired and had language problems. Companies that do not recognize Taiwan as good market probably left in B2C.

For many Japanese companies, I think their biggest problem is language. Because B2C requires Chinese. 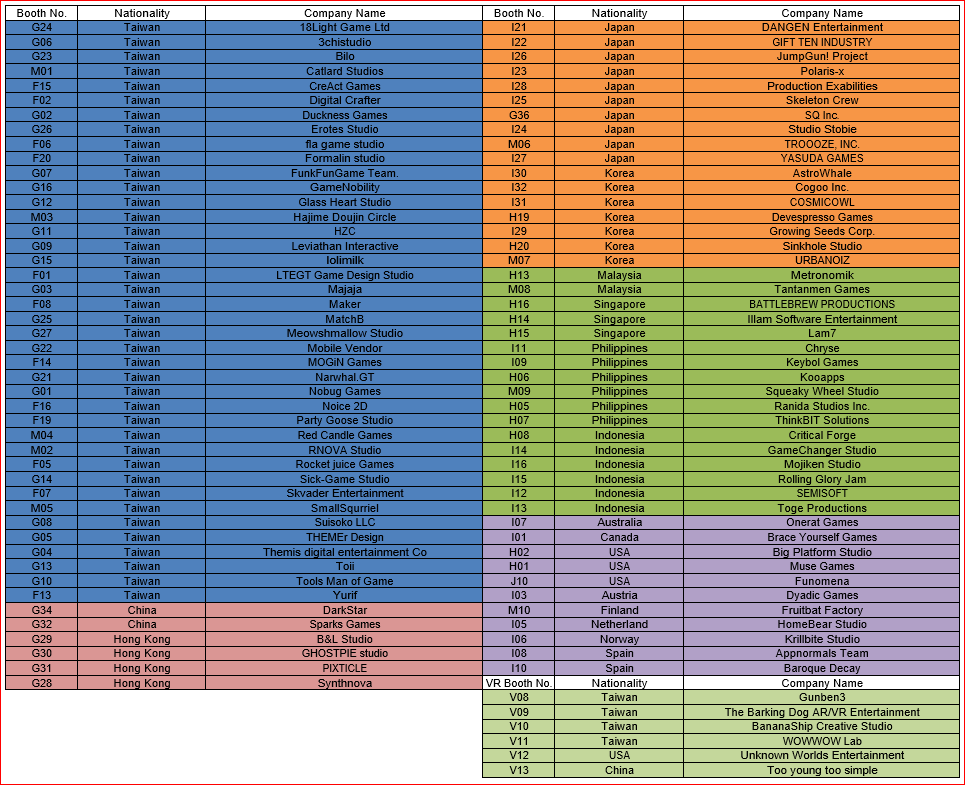 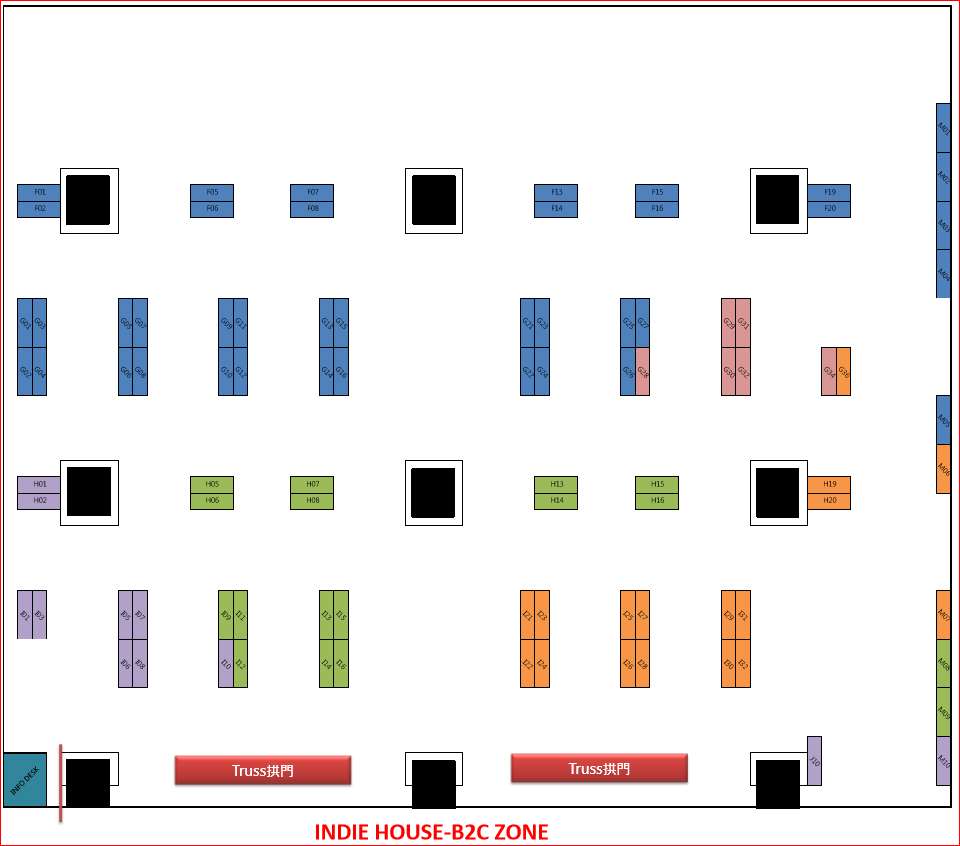 I would like to introduce photos of the show as much as possible to make you well understand the game show.