I will report about ‘Taipei Game Show‘ which was held in Taipei, Taiwan in the end of last month (January 24th – 28th). Last time I focused to explain Taipei Game Show itself.

This time, I will share the findings gained from Taipei Game Show and my impression of the show.

In the game show, I exhibited ‘Gotcha! AR‘ that I created with Singaporean designer as Lam7 and also show ‘Merlion Adventure 2 AR‘ I developed as Lab7. Both are games utilizing AR functions. Regarding these titles, I got many opinions and ideas from people in game industry and Taiwanese game users this time.

First of all, about VR/AR games created by other people. Regarding VR, there was a special VR zone and exhibited several interesting VR games. As same as Singapore, it seems pretty popular in Taiwan, too.

However about AR game, except for us, only one company from Taiwan had exhibited there. He was a Taiwanese individual developer, and he used ARCore library.
It is a game which used an acceleration sensor unit to control by the device position (up, down, left, and right) to avoid obstacles coming from the front. It seems to be quite popular among Taiwanese users.
Since I became friends with this developer, we will exchange various information related AR in the future.

It is the AR application which we developed as Lam7 and exhibited this time. I explained the game app on the page before.

Simply speaking, we used Cloud Anchors of Google ARCore to link the each position of four players. A game system is running and catching the opponents by controlling your character with the position (acceleration sensor) of your device. In short, you need to move yourself to control your character. 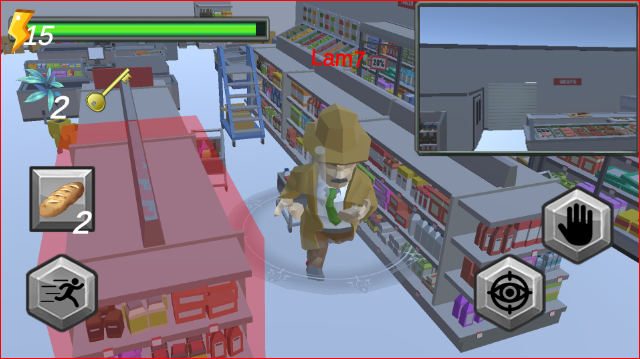 Because no similar controlling system, so looks like many people can not grasp the feature unless I explain it showing the actual game screen. However after understanding it, they said “I see, it’s interesting, I would like to try it, when is this going to be released?”. It was a pretty highly appreciated.
It was a big failure that I could not release yet.

However, there is a “?” Opinion against the necessity of a large space for playing. I need to more consider about how to release, how to promote it.

This is Version 2 which is the Merlion Adventure series adding AR function I recently released as Lab7.

This is a game that you control Singapore’s Merlion to fight against Machine lions.

The game part of this game app is very simple. You can make a safety white area by surrounding your own pink line. You need to protect your pink line against cutting it by the opponents, and try to cut the opponent’s line. I can also say it’s ‘Encampment game’. 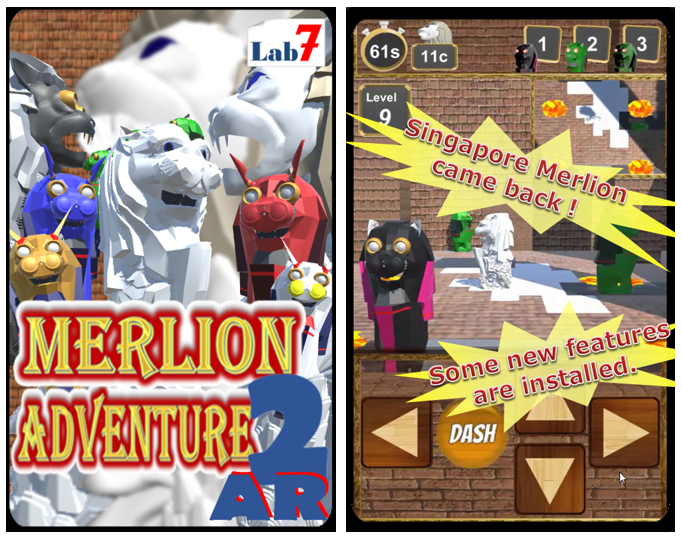 Although it was accepted to many kids, many people related game industry did not feel much newness as a game. However, when I showed AR part of this game app, many people said ‘That is interesting ideas, I was surprised.’ 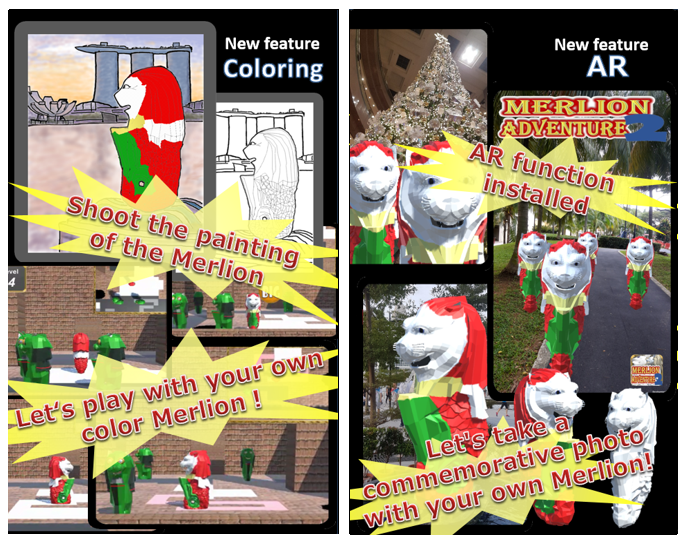 I felt this way was not wrong, so I can proceed my next idea.

One thing I was worried about is the library ‘Google ARCore’ I used to realize AR. It is limited to new models of smartphones now. At there, many kids liked those games and tried to download on the spot. However, they have normally relatively old smartphone, and this “Merlion Adventure 2 AR” can not be installed unfortunately.
Version 1 of Merlion Adventure does not have AR function, so it corresponds to any smartphones. I asked them to download it there. Looks like those kids seemed satisfied, but I understood it was necessary to consider about this solution. (Well, we can also say it is a problem that time will solve.)

Regarding language, English is the basis. In B2B you can manage it by English only. There is nobody to escape by calling “English, OK?”
However, in B2C many normal Taiwanese people come. There are many cases needed to speak in Chinese, because many people can speak Chinese only in Taiwan. Especially kids. Even adults, there were many people who escaped, if I didn’t use Chinese.

Anyway, in this event, the best thing I got was that I could make many friends working in Game industry. Not only people from countries around Singapore, but it is also very great thing for me that I could meet with many Japanese developers.
In my case, because I started game development activities after I started to live in Singapore, I had less connection with Japanese game developers. I was able to talk with many people at this event. I think that this is the best thing I got from this participation.

【Scenes of the event】 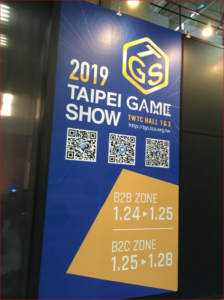 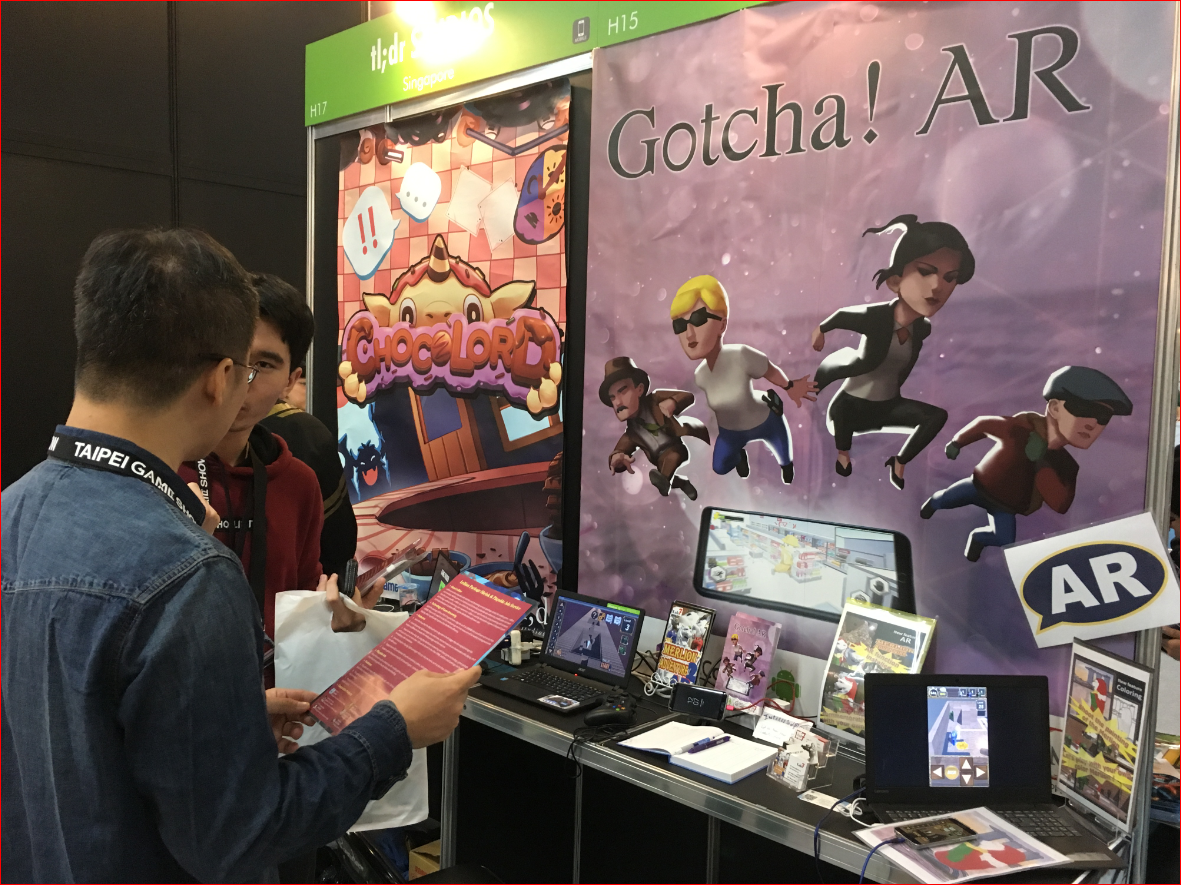 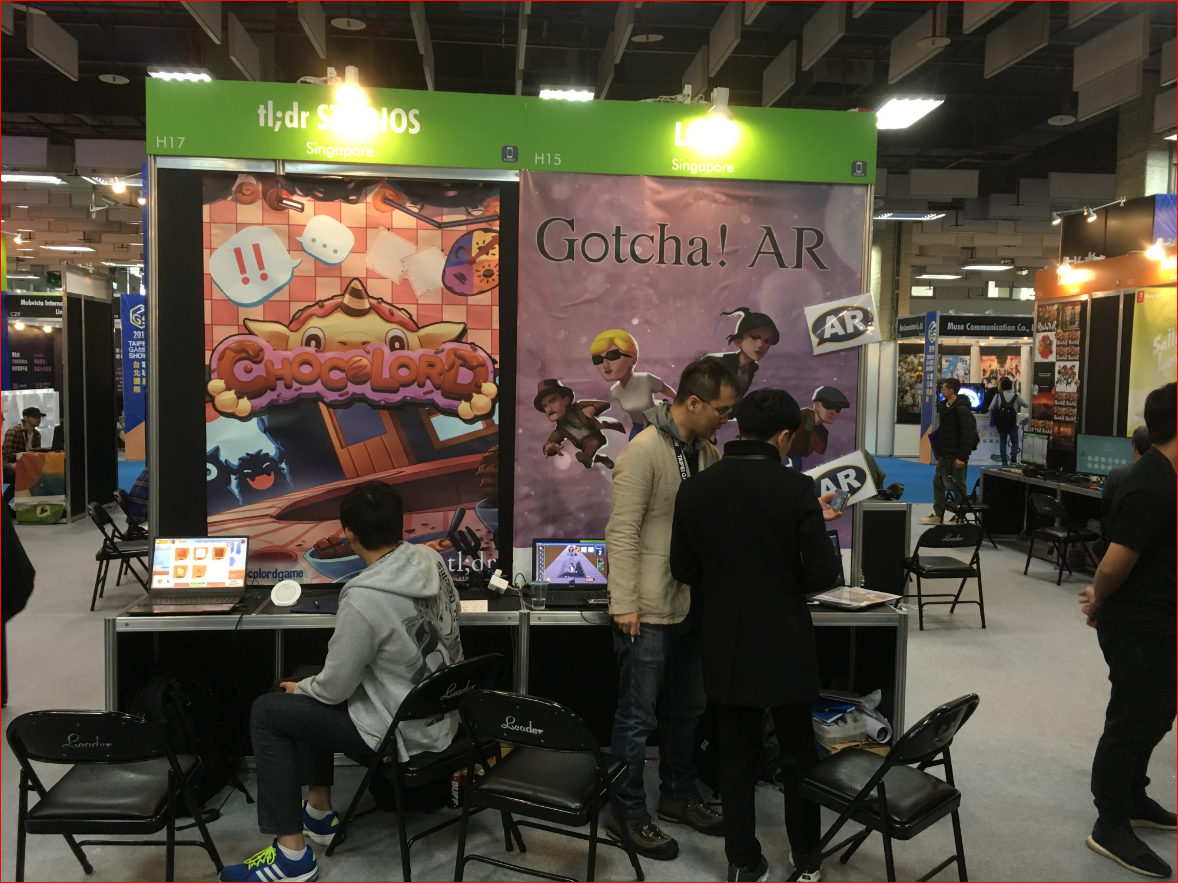 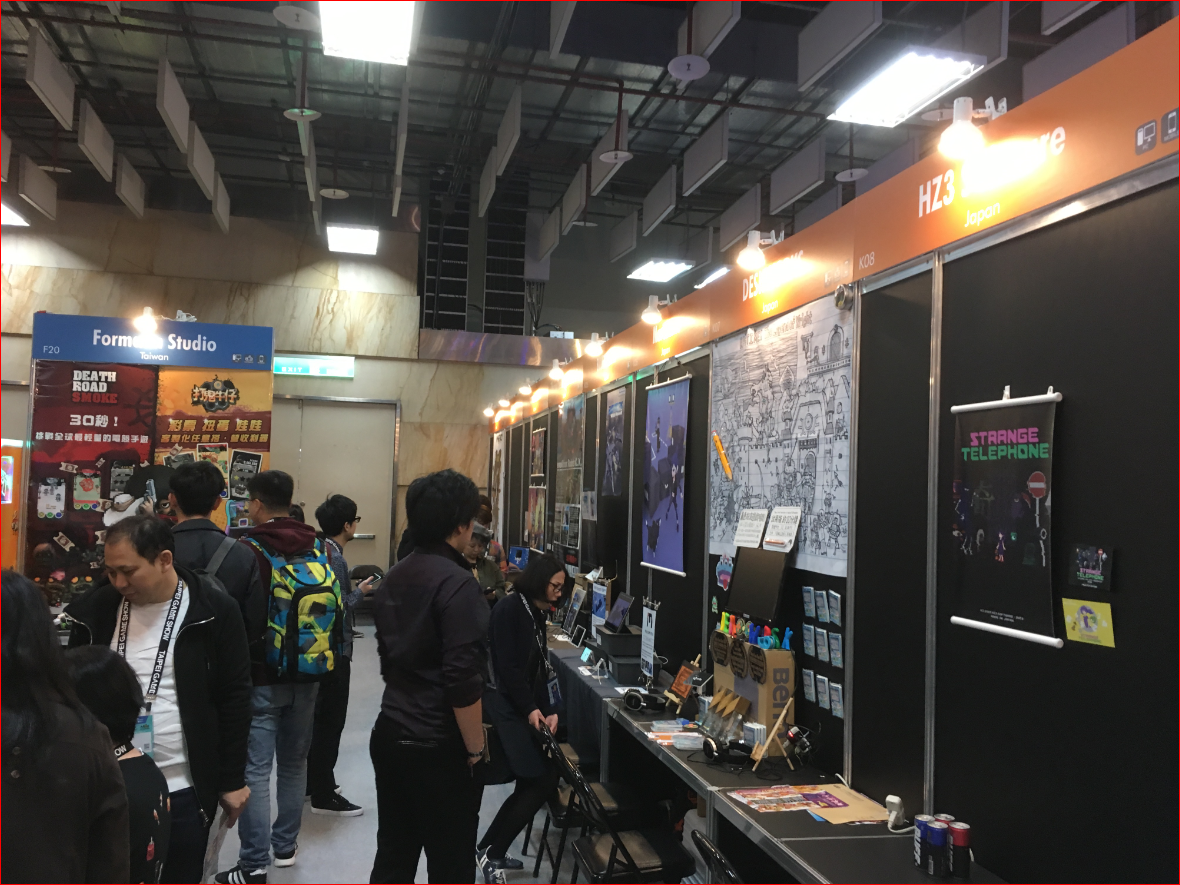 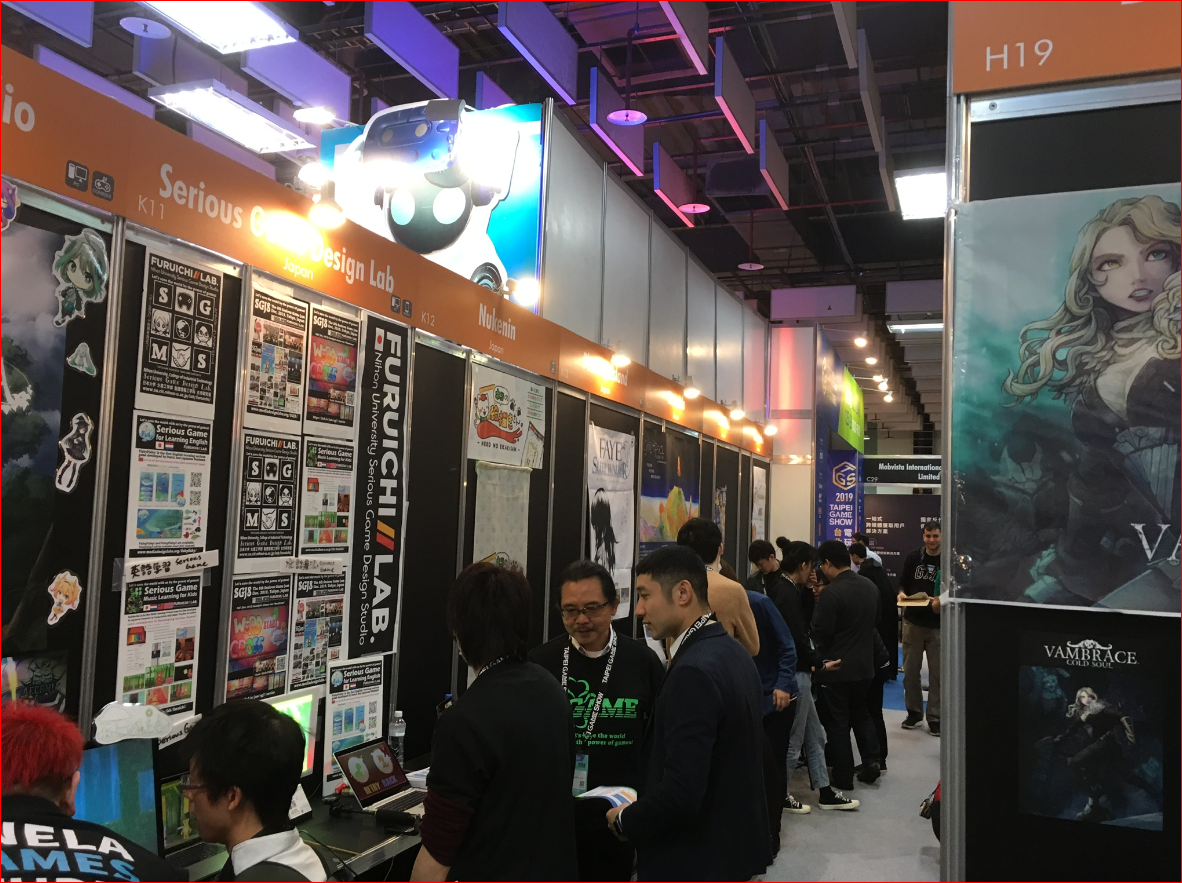 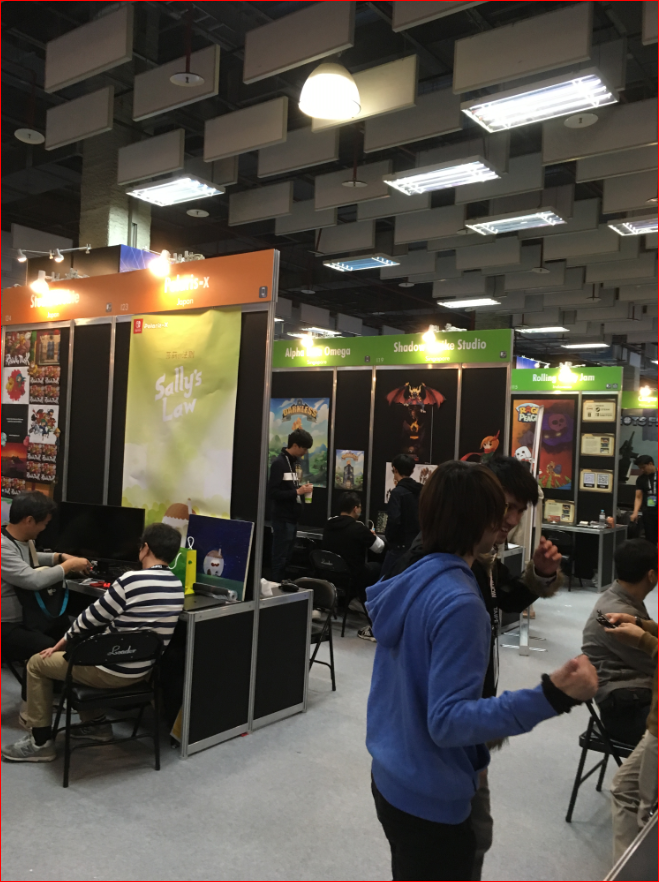 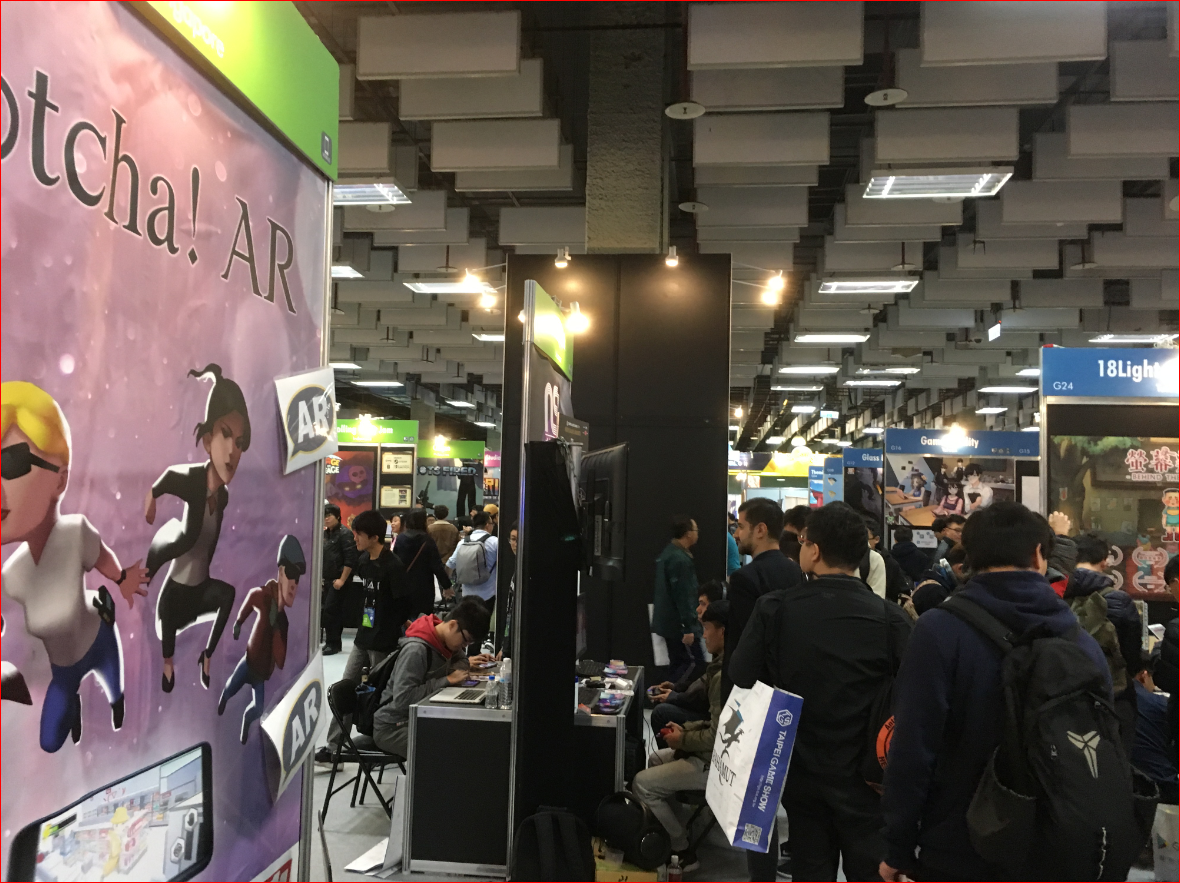 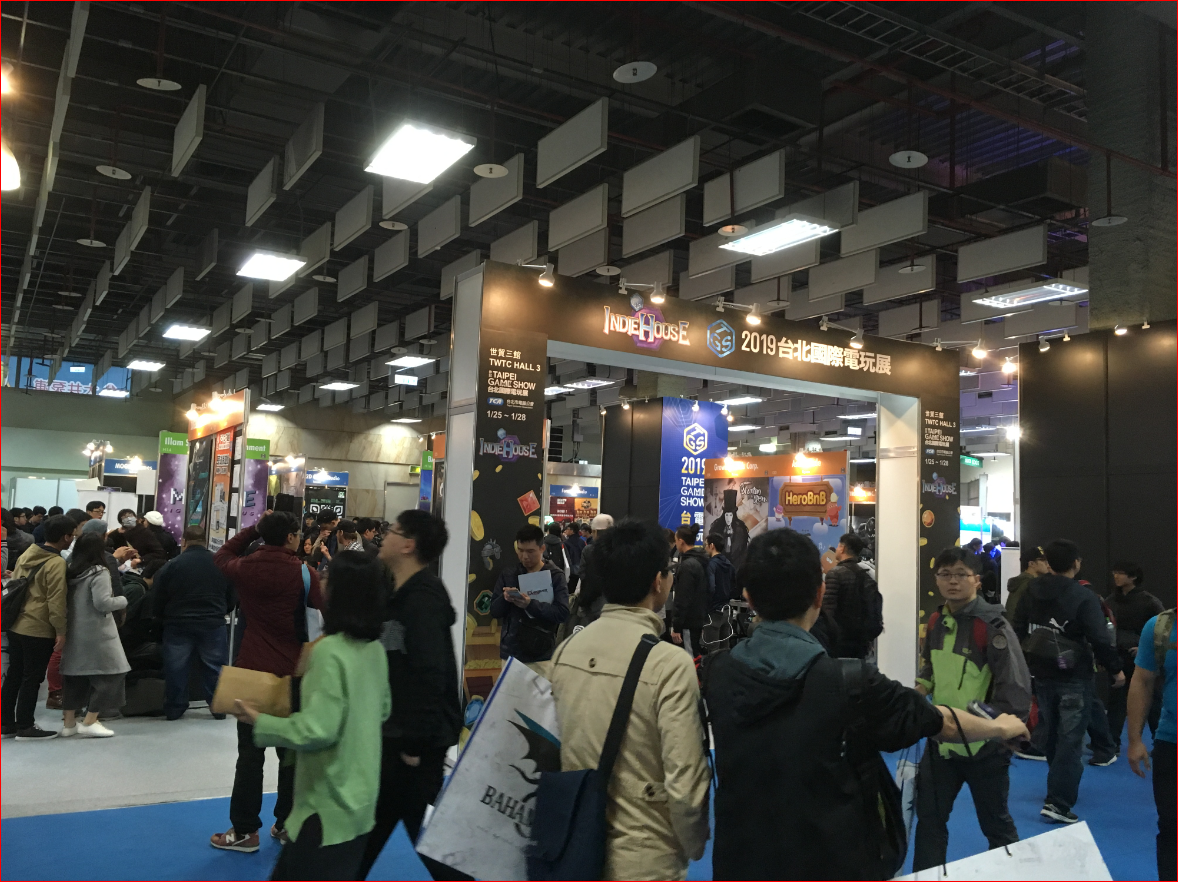