I introduced 3D model of Kid Merlion staying at Merlion park in Singapore that I created before in this blog.

[Link: I tried to create 3D model of Kid Merlion.]

In that time, I also declared to create 3D model of Dad Merlion which is located at Singapore Sntosa island, then I finally completed to create it. That is following image. 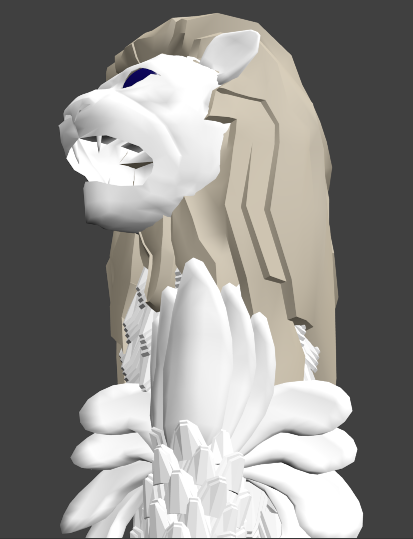 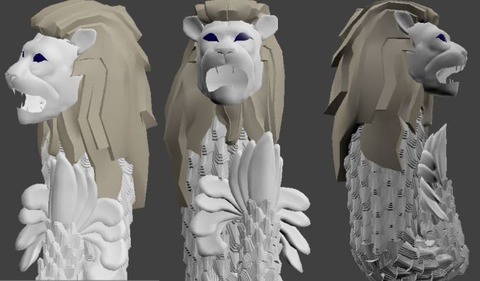 In addition, I also show the image which was still under construction process. 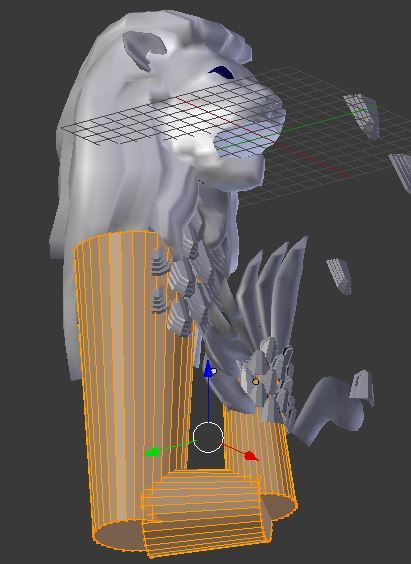 I’m not sure whether this modeling way is the best or not, but I created the each scale as separate object, so the total number of the objects is very big.

These Melion 3D model will be used in following my game app.

For readers who are not staying in Singapore, normally statue of Merlion who is spouted water from its mouth located Merlion Park is very famous for many people. It’s is Mom.

I think this Dad Merlion is not known to so many people. It’s very big, there is an elevator inside to go to top (on his head). At the top, there is an viewing platform, you can see around Sentosa island. He is not spouting water from his mouth, there is a window to see outside. Sometime he emits light from his eyes. 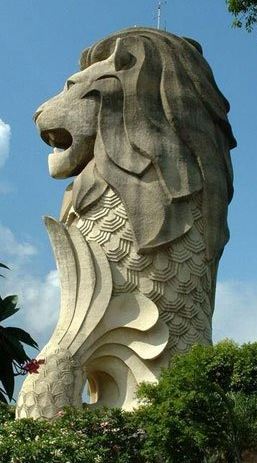