Last time, I introduced about one typical failure about “Normals” which was not correctly shown the color on the object’s surface in Blender.

This time, I’ll introduce typical another case about the failure related to “Normals” I’ve experienced, in that time, I took long time until noticed it.

Firstly, please look at the screen shot of the trouble. 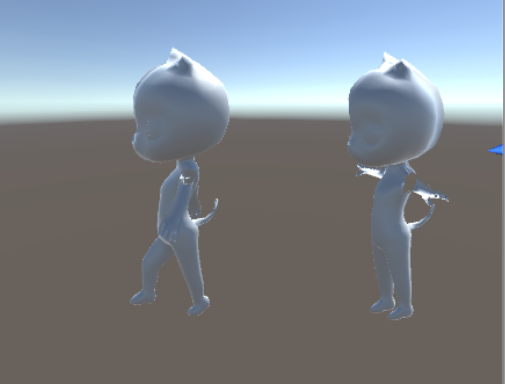 This image is 3D model created in Blender, and already imported into Unity.
Please focus on the parts around arms. You can find the half is transparent.

Following image is in Blender before importing into Unity. 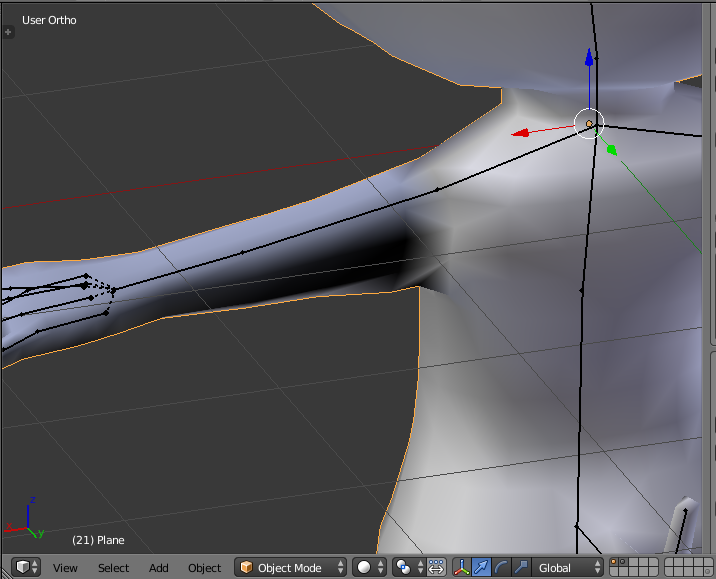 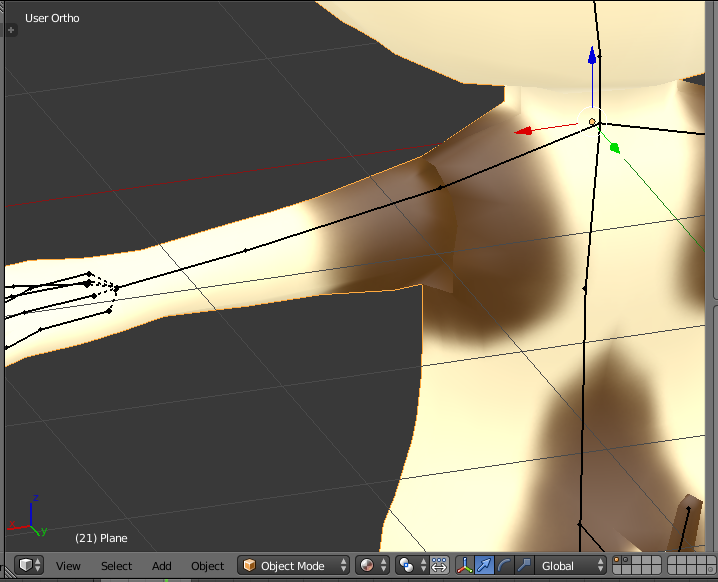 The color is not correct a little around her shoulder. I’ve never noticed about this in Blender, because it’s just a little bit different. In that time, I was also creating animation with Rigging, so I thought that because I made it difficult pose around the meshes of her shoulder, the bad appearance happened.

After that, I imported the 3D models into Unity, suddenly the problem was appeared definitely.
I took long time until notice the reason.

I confirmed the “Normals”, it’s following image. Can you notice?
Even Normals are exist around target meshes, however those are too short. Because those Normals are coming from opposite side of arm through the arm.
(We can change the length of Normals, in this kind of case, you can easily understand the problem by making Normals shorter.) 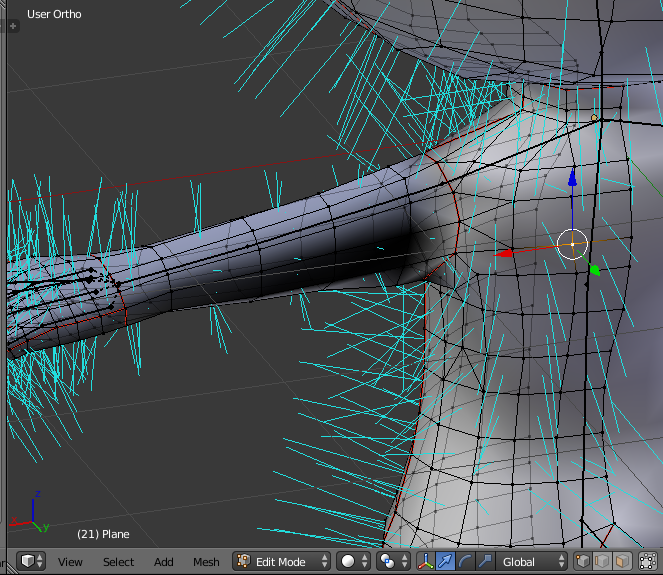 Then, after Recalculating the Normals by same way I explained in the last blog post, those are correctly shown finally like following image. The textures also appeared clearly.

[Link: The way to recalculate Normals] 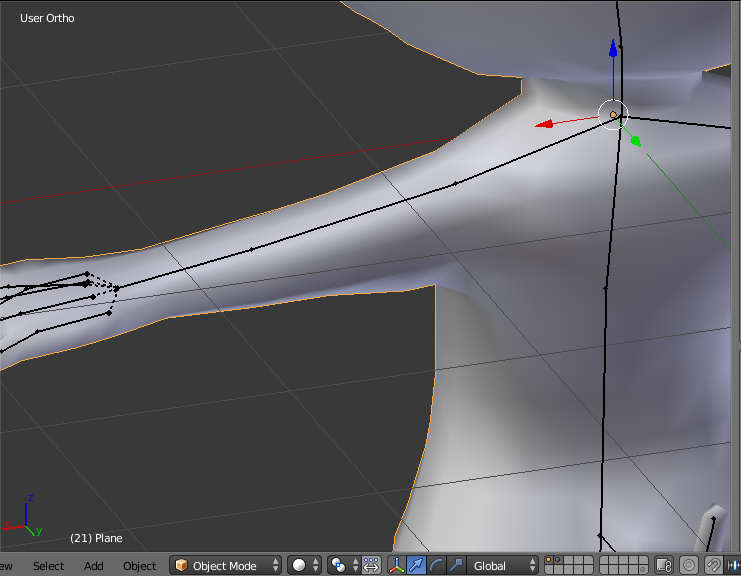 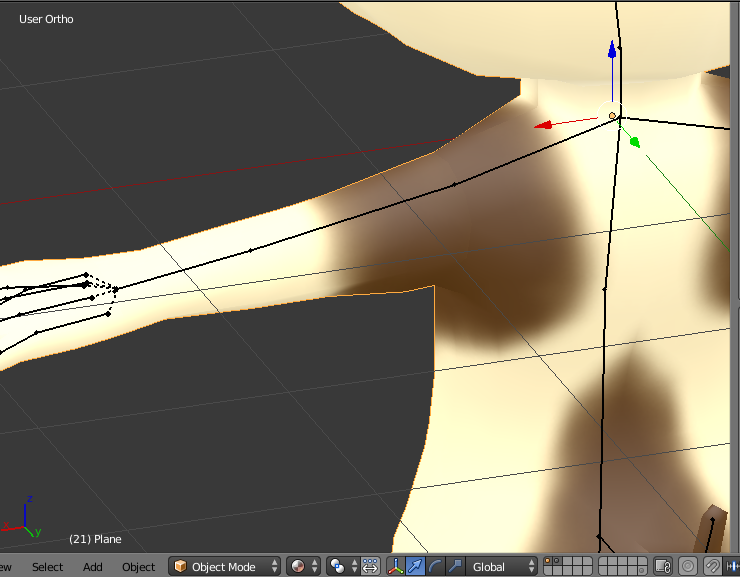 After importing the 3D model applied recalculation, the left model in following screen shot is that. Her arm is clearly shown, no transparent. 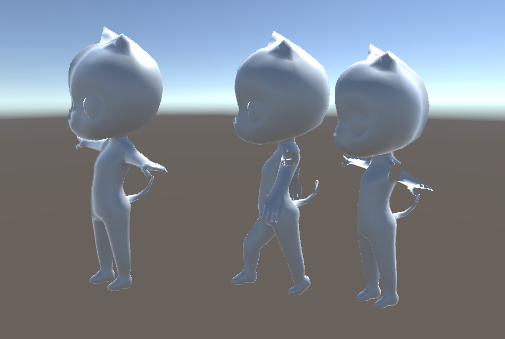 This time, I couldn’t notice this problem when working by Blender, because it’s roughly shown the color on the surface as you can see on above image. Then when I imported it into Unity, it became obvious problem.

If you search by key word “Normals”, you can find many sites introducing how to set the Normals, but it need long time to notice your problem is related to “Normals”.
I hope these problems’ examples will help you and also myself in the future.